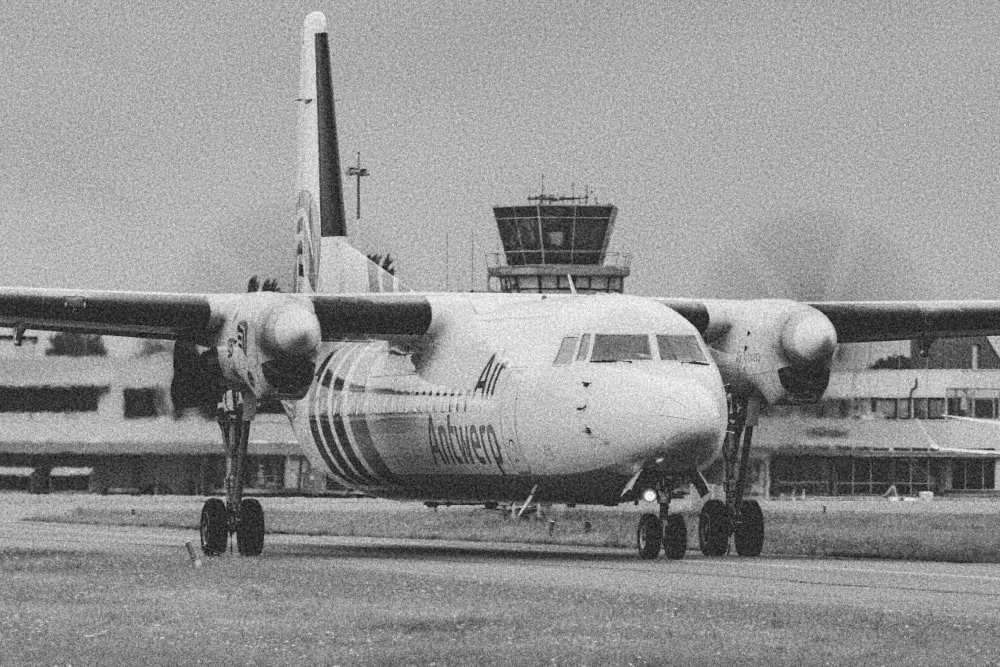 Nine employees lost their job today as Air Antwerp, one of the smallest airlines in the world, closed its doors.
After months of inactivity, KLM decided to put an end to the Belgian regional airline.

While Covid did not kill Flybe, it was the culprit for this case. Air Antwerp had an interesting business plan and historic backup to support the viability of at least one route. However, since March 2020, we are not in the same world. Things improve slightly but are far from business as usual.

Initially, Air Antwerp was a joint venture between Cityjet and KLM. However, the Irish airline specializing in AMCIflights faced difficulties and sold its share in Air Antwerp to KLM.

Air Antwerp briefly restarted its activities during the last quarter of 2020 but had to stop its flights again when a new wave of coronavirus hit the United Kingdom. Air Antwerp hoped to restart operation quickly, but plans for a restart have been postponed month after month.

While leisure travel resumed and will help many airlines, this is not the case with business travel. As a result, there was no hope for Air Antwerp.

Is London to Antwerp a golden route?

London City to Antwerp has some advantages. First, it attracts frequent flyers. Secondly, they are from the business communities. These flyers’ interest is not the price but travel ease and convenience. Both airports offer this quick arrival and departure process.

The weak point of this air relation is also its advantage: almost or exclusively linked to business travels. If you wish to have a city trip to London, you will choose less expensive means of travel.
Business travels will come back but maybe only in a few months. KLM didn’t want to wait and inject more cash in Air Antwerp.

Who could operate London city to Antwerp?

It’s highly unlikely that one airline will start operating this route in the short term. The conditions are the same for Air Antwerp as for any other airline. The market will be back, but it needs time.
The more optimistic expectation sees a restart of business travel by the last quarter of the year. By then, vaccination will offer better coverage across Europe.

Three options are open starting end of this year.

Air Antwerp shut down and will be liquidated. We know that the dutch won’t inject more cash, but some other investors might be interested. The organization and registration are in place. It would allow a quick restart. However, I would not count on this as Air Antwerp was not bankrupt but will be liquidated. It probably means that KLM, its shareholder, will assume all debt and assets of the company.

KLM could operate the route itself. So we don’t know why KLM invested in Air Antwerp. Why creating a new airline and a new brand when KLM, as a European airline and well-known brand, could operate this route itself?
By liquidating and absorbing all assets and liabilities of Air Antwerp, KLM also collects all data and passenger information that could be valuable for a restart of the route under its brand.

British Airways could operate the route via its subsidiary BA Citylink which operates flights from London City. However, BA already serves Brussels and Rotterdam, which are close to Antwerp. Therefore it’s the less likely option.

A new airline is also a possibility be not before 2022 at the earliest.

Air Antwerp is the first airline that I follow for this version of Gate A1 that goes belly up. If you want to know about the other airlines, look at the list of airlines I follow.